I don't know if God is a Steeler's fan, but I know He hears every prayer! 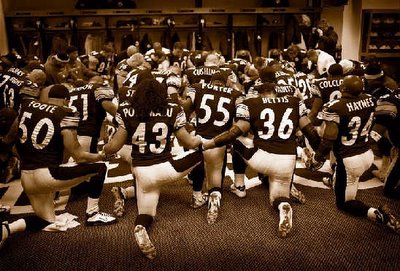 Posted by missionaryman at 12:43 PM No comments: Links to this post

Just in case you didn't know...

Posted by missionaryman at 10:15 PM No comments: Links to this post

Recommended reading: End of the Spear 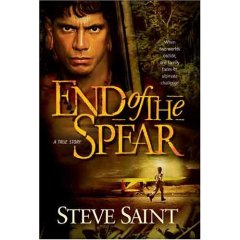 The sequel, if you will, to "through the Gates of Spendor" is entitled "End of the Spear".

Steve Saint was five years old when his father, missionary pilot Nate Saint, was speared to death by a primitive Ecuadorian tribe. In adulthood, Steve, having left for a successful business career in the , never imagined making the jungle his home again. But when that same tribe asks him to help them, Steve, his wife, and their teenage children move back to the jungle. There, Steve learns long-buried secrets about his father's murder, confronts difficult choices, and finds himself caught between two worlds. Soon to be a major motion picture (January 2006), End of the Spear brilliantly chronicles the continuing story that first captured the world's attention in the bestselling book, Through Gates of Splendor.

From Publishers Weekly
In this heartfelt memoir, Saint writes about growing up with the Ecuadoran tribe whose members killed his father in 1956, and about taking his wife and teenage children back to Ecuador in the 1990s to live among them again. Many of Saint's readers will be familiar with the spearing deaths of five American missionaries by Auca Indians a half-century ago, a story recounted by Elisabeth Elliot in Through Gates of Splendor (1996 revised edition). Saint, who was four years old at the time of the murders, adds to that familiarity with this account of his deep, familial bond with his father's assassin. Specifically, Saint debunks myths about the tribe. He explains that Auca, which means naked savage, is a derogatory name given to the tribe by outsiders, and that they are actually called the Waodani. While he does not dispute that they were vicious killers before they converted to Christianity soon after they murdered Saint's father, he takes pains to help his readers understand what led the Waodani to their murderous worldview. In a long passage, he tells the story of the 1956 murders from the Waodani perspective. Most of the book is devoted to his latest experiences with his Waodani family. Although Saint is not a very accomplished writer, his voice is authentic and humble, and his story will undoubtedly inspire many. (Dec.)
Copyright © Reed Business Information, a division of Reed Elsevier Inc. All rights reserved. 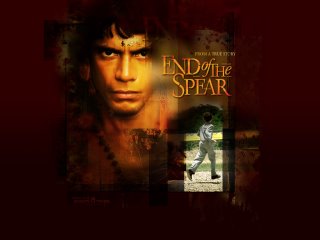 Go here to see the web site for the movie.

Behind the scenes look at the movie.

Interesting site from Every Tribe Entertainment.

Posted by missionaryman at 5:52 PM No comments: Links to this post

Recommended Reading: Through the Gates of Splendor 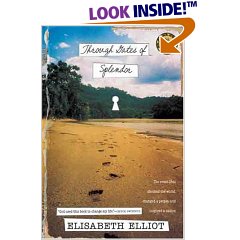 If you have not read it yet, it is about time to do.
In Through The Gates of Splendor, five young men dared to make contact with a stone-age tribe deep in the jungles of Eduador. The Goal was to establish communication with a people whose only previous response to the outside world had been to attack all strangers. The men's mission combined modern technology with innate ingenuity, sparked by a passionate determination to get the gospel to a people without Christ. This new edition of the book offers fresh information about subsequent developments in and in the lives of the five missionary familes that began in autumn of 1955.

The story is also available on VHS or DVD.

"Beyond the Gates " is a feature length documentary film experience about the Waodani Indians and the missionary men and women who have given their lives to reach them. This powerful emotional journey begins with the Waodani describing their way of life before the missionaries visited them in 1956. Narrated by the son of one of the missionaries and each of the wives of the men who died, the audience takes a nostalgic trip back in time to see how the men and women came to meet up with each other in , An inspiring story of forgiveness and love.

Posted by missionaryman at 5:32 PM No comments: Links to this post 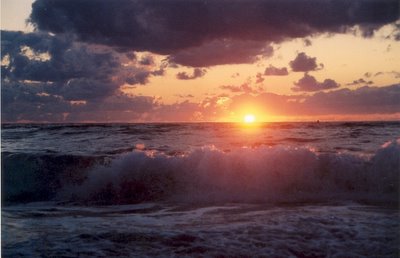 But those who wait on the LORD
Shall renew their strength;
They shall mount up with wings like eagles,
They shall run and not be weary,
They shall walk and not faint.
Isa 40:31NKJV

May this new year find you mounting above the storms,
running the good race,
and walking in integrity
as you rest in He who is our all in all!

Posted by missionaryman at 8:18 AM No comments: Links to this post