Our adventures and travels of 2006 were the seeds planted for what it is that the Lord has planned for our 2007 – a litany of the miraculous and examples of God's grace.

We cannot say thank you enough to the pastors and churches who opened their doors and hearts to us allowing us to share about Hope House and the challenge for the bride to be prepared! Also, a big thank you to friends and family who took us in or simply fellowshipped with us over a meal! Thanks to all for your kindness and generosity.

Posted by missionaryman at 11:01 AM No comments: Links to this post

From The Link Homeschool Newspaper: 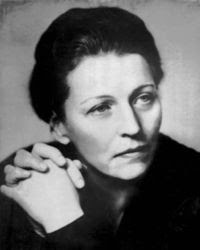 Pearl S. Buck was born in on to Presbyterian missionaries who moved to when she was 3 years old. Buck learned the Chinese language and customs from a Chinese teacher and was homeschooled in English as a second language and other subjects by her mother and tutor until she began formal school at the age of 17. Buck’s mother understood her daughter’s need for a creative outlet and focused on her writing skills, encouraging her to write something every week. Buck began writing for missionary magazines at the age of 6 and, as a young adult, decided to become a novelist. Her works primarily displayed a sympathetic focus on life in and in 1932 she won the Pulitzer Price for widely acclaimed novel “The Good Earth”, the story of the farmer Wang Lung's life. In her lifetime, Buck wrote more than 65 books in addition to hundreds of short stories and essays. 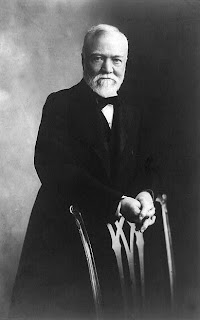 Andrew Carnegie was born on in , in an impoverished, yet cultured, political home. Many of Carnegie’s closest relatives were self-educated trademen and class activists. At the age of 5, Carnegie refused to go to school so his parents kept him home where an uncle read to him out loud. Three years later, he started school but quit at the age of 13. Carnegie’s “education” was enhanced by Colonel James Anderson who opened his personal library to working boys. Carnegie was a “self-made man” intellectually, culturally and economically. He was the founder of the Carnegie Steel Company, one of the most powerful and influential corporations in the . Carnegie was also a widely respected philanthropist who, later in his life, gave away most of his riches to fund the establishment of many libraries, schools and universities in , and worldwide.

Posted by missionaryman at 10:10 AM No comments: Links to this post

It is our sincere hope and prayer for a blessed and glorious New Year for you and yours!

May you prosper and be in health even as your soul prospers
Posted by missionaryman at 12:02 PM No comments: Links to this post