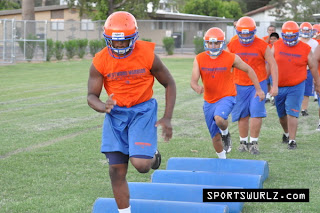 This week marks the "official" beginning of football season.  I put that in quotes because they have been practicing almost daily since about the first of April!!!  I have been very impressed with some of the changes the coaches have made this year and am excited for the games to begin!  Yes, I am a FOOTBALL MOM!!!  I get out there and scream with the best of them:-) 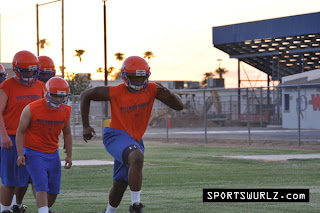 This week, as they have begun wearing helmets and then full pads, the temperatures have once again risen to over 110 degrees, even reaching 116!!  It is amazing to me that these boys are so used to the temps that they are able to practice full out for 2 1/2 to 3 hours in this blazing heat!  THAT is good conditioning!  However, hydration is ALWAYS a concern and now more than ever.  And the amount of calories that need to be consumed is very high as well - somewhere around 6,000-7,500 per day.  Ok, that is ALOT of cooking that I need to do:-) 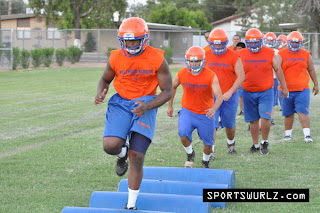 I believe they have their first scrimmage either tomorrow or next Friday and the games begin on August 26th.  Yes, it will still be scorching hot for the first 6 or so games and sitting in the bleachers is a test of our heat endurance, too:-) 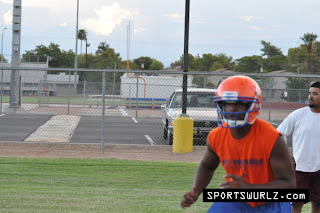 Cody is #56 this year and is starting as Defensive End and also playing backup Center on offense.  He is in the best shape of his life and can run like never before in his life.  So this should be an exciting season!   Plus, we get the extra entertainment of Marching Band and Cheerleaders - woohoo!  GO WARRIORS!!! 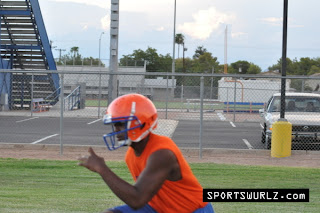