Remembering a Friend...and a Legend 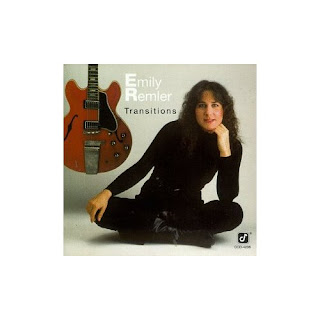 I am sure some of you have wondered what happened to me. I can't believe it has been a whole week since I last posted! I am sorry - I think I just had a little blog burnout and needed a break to get caught up on some things around here and get some new inspiration.

Last night, for some unknown reason, I began to think about a friend of mine who died back in 1990. I didn't know her for very long, but it was quite an interesting friendship. I looked her up on the internet last night and found a website in memory of her that is beautiful. I dreamed about her last night and woke up with her on my mind. So I thought I would share about my friend Emily.

Emily Remler is remembered as the greatest female jazz guitarist in the country (and some say in the world). I remember her as a struggling Christian who, because of being Jewish, was afraid to share about her faith. She was an incredible guitarist who would come and sit in my office to practice sometimes because she felt very peaceful there. What an honor it was to have my own private concerts from a very famous artist!

Emily met my mom before I ever met her and she found someone she trusted and could confide in. She shared with my mom that she had accepted Jesus as her Savior, but was afraid of being ostracized in her very strict Jewish community if she told anyone. She was from New York City, but had left there and moved to Pittsburgh to get away from the drug culture that had ensnared her in the entertainment industry there. She struggled daily to stay clean, even as she wowed the world with her talent and ability. We went to several of her concerts in the Pittsburgh area and just loved to listen to her jazz compositions. She played with some of the best jazz musicians in the country and opened our eyes to an incredible array of music. 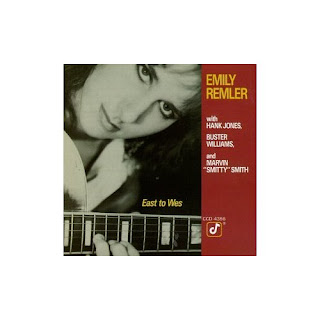 It was a short friendship, as was her life. She died of a heart attack (most likely a result of her struggle with addiction) while on tour in Australia in May of 1990. I personally believe she really was a Christian and that God in His infinite mercy cut her struggle short in order to bring her home to be with Him. She was beautiful and incredibly talented, but her life was an ongoing struggle daily with her addictions, that stemmed from the passion she had for her music and the environment in which she found herself. I hope that for that short time while she was in Pittsburgh, that my mom and I were able to be a light and a refuge for her that strengthened her walk with God and secured her eternity with Him.

One day I will know, but in the meantime, the memory makes me more determined than ever to be a light to anyone God brings across my path and a friend and refuge to those in need of His peace.

There is an audio file of a radio broadcast in memory of Emily where you can hear many of her songs over at WFIU: Night Lights. If you are interested, take a listen and enjoy her incredible talent.
Posted by dolphin lady at 8:20 AM

There is some videos of her on Youtube as well.