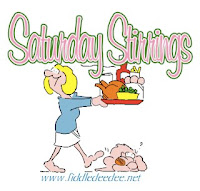 Last week I was looking for a different recipe to try with ground turkey and I thought of Swedish Meatballs. So I searched until I found a recipe that sounded pretty good over at Epicurious, modified it and served a very delicious and frugal meal! Here is what I did:

For the meatballs, I used some homemade croutons from whole grain bread, ground in the blender to bread crumbs, plus about 1/2 cup chopped onion. Then I mixed together one egg, 21 Seasoning Salute (from Trader Joes) and about 1/4 cup parmesan cheese, salt and pepper. I mixed this in with the breadcrumbs and onions, then mixed in the about 2 lbs. of ground turkey. 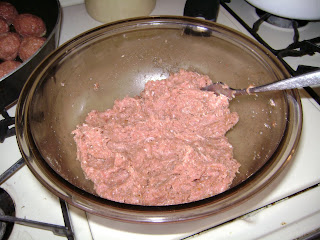 I formed these into fairly large balls and then browned them in a skillet with some canola oil. 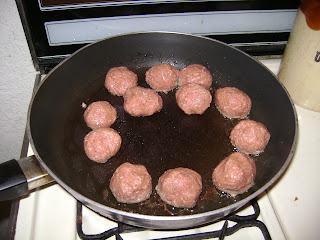 After that, I put them in a baking dish, covered tightly with foil and put them into a 350 degree oven for about 25 minutes.

While those were baking, I started the egg noodles to boiling.

Using the same pan, I added some more of the chopped onion and a little chicken broth to get up the drippings from the pan. Then I added the remaining 2 1/2 cups broth and brought to a boil. I stirred in a mixture of cornstarch and broth, whisking to mix and brought to a boil again. I removed from heat and added Worcestershire sauce, sour cream and dill. 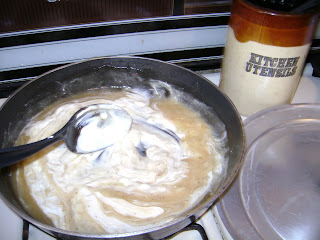 I drained the noodles when they were done, tossed the meatballs into the sauce and served over the noodles. It was delicious! 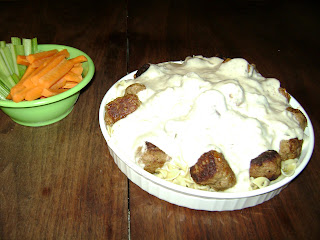 For more Saturday Stirrings, visit Fiddle-Dee-Dee at It Coulda' Been Worse.
That's what works for me, for more ideas visit Rocks In My Dryer for Works-For-Me-Wednesday!

That sounds wonderful!! We all love swedish meatballs but have never had homemade. Thanks!